The Azerbaijani Laundromat is a complex money-laundering operation and slush fund that handled $2.9 billion over a two-year period through four shell companies registered in the UK.

This project is part of the Global Anti-Corruption Consortium, a collaboration started by OCCRP and Transparency International.

From 2012 to 2014, even as the Azerbaijani government arrested activists and journalists wholesale, members of the country’s ruling elite were using a secret slush fund to pay off European politicians, buy luxury goods, launder money, and otherwise benefit themselves.

Banking records revealing some 2.5 billion euro (US$ 2.9 billion) in transactions were leaked to the Danish newspaper Berlingske, which shared them with OCCRP. The two outlets then organized a collaborative investigation to track down where the money went.

What is a Laundromat?
More info

The result is the Azerbaijani Laundromat — so called because the vast sums that passed through it were laundered through a series of shell companies to disguise their origin. The project reveals the many uses to which the country’s kleptocratic ruling clique puts some of its billions.

Among other things, the money bought silence. During this period, the Azerbaijani government threw more than 90 human rights activists, opposition politicians, and journalists (such as OCCRP journalist Khadija Ismayilova) into prison on politically motivated charges. The human rights crackdown was roundly condemned by international human rights groups.

The Influence Machine
read the story

Meanwhile, at least three European politicians, a journalist who wrote stories friendly to the regime, and businessmen who praised the government were among the recipients of Azerbaijani Laundromat money. In some cases, these prominent individuals were able to mobilize important international organizations, such as UNESCO and the Parliamentary Assembly of the Council of Europe, to score PR victories for the regime.

Nor do major Western financial institutions escape responsibility. The banking records in the leak — over 16,000 transactions in all — reveal that the core of the Azerbaijani Laundromat was formed by four shell companies registered in the United Kingdom. The country’s lax regulations allowed these companies to file registration paperwork that listed proxy or non-existent shareholders and disguise their true origins. 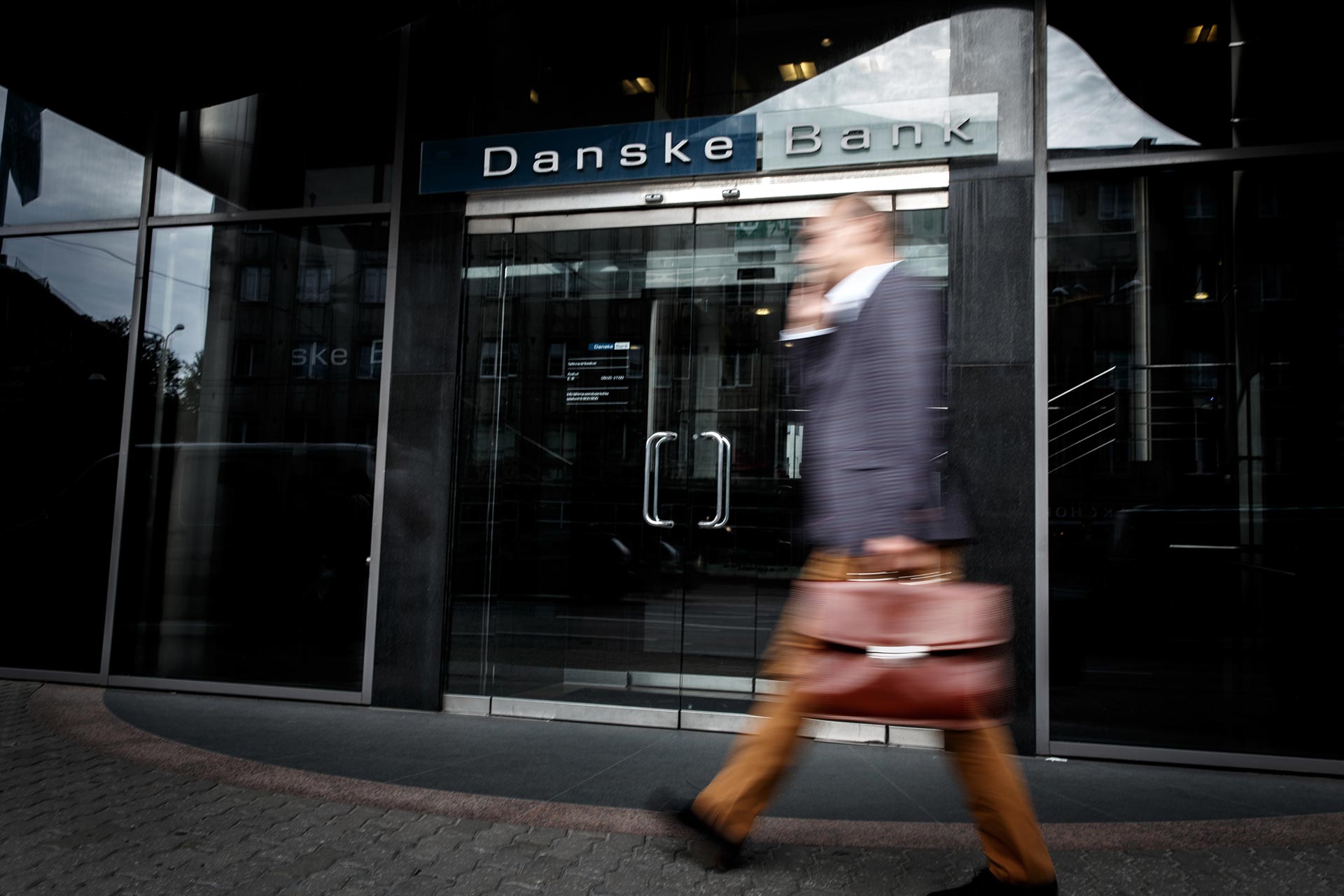 Moreover, the records show that Danske Bank, a major European financial institution, turned a blind eye to transactions that should have raised red flags. The bank’s Estonian branch handled the accounts of all four Azerbaijani Laundromat companies, allowing the billions to pass through it without investigating their propriety.

A majority of the payments went to other secretive shell companies similarly registered in the UK, indicating that the full extent of the scheme may be much larger than is currently known. Large amounts also went to companies in the UAE and Turkey. (Some of the transactions involve companies in the Russian Laundromat, a vast money laundering scheme previously exposed by OCCRP.)

Where Did The Money Go?
read the story

The subsequent flow of much of these funds is unknown. But the records reveal that millions of dollars ended up in the accounts of companies and individuals across the world, including luxury car dealerships, football clubs, high-end travel agencies, and hospitals. Many of these recipients would not have understood the problematic nature of the transfers, and cannot be accused of doing anything improper. But their involvement reveals the many uses to which the scheme’s operators put their money. 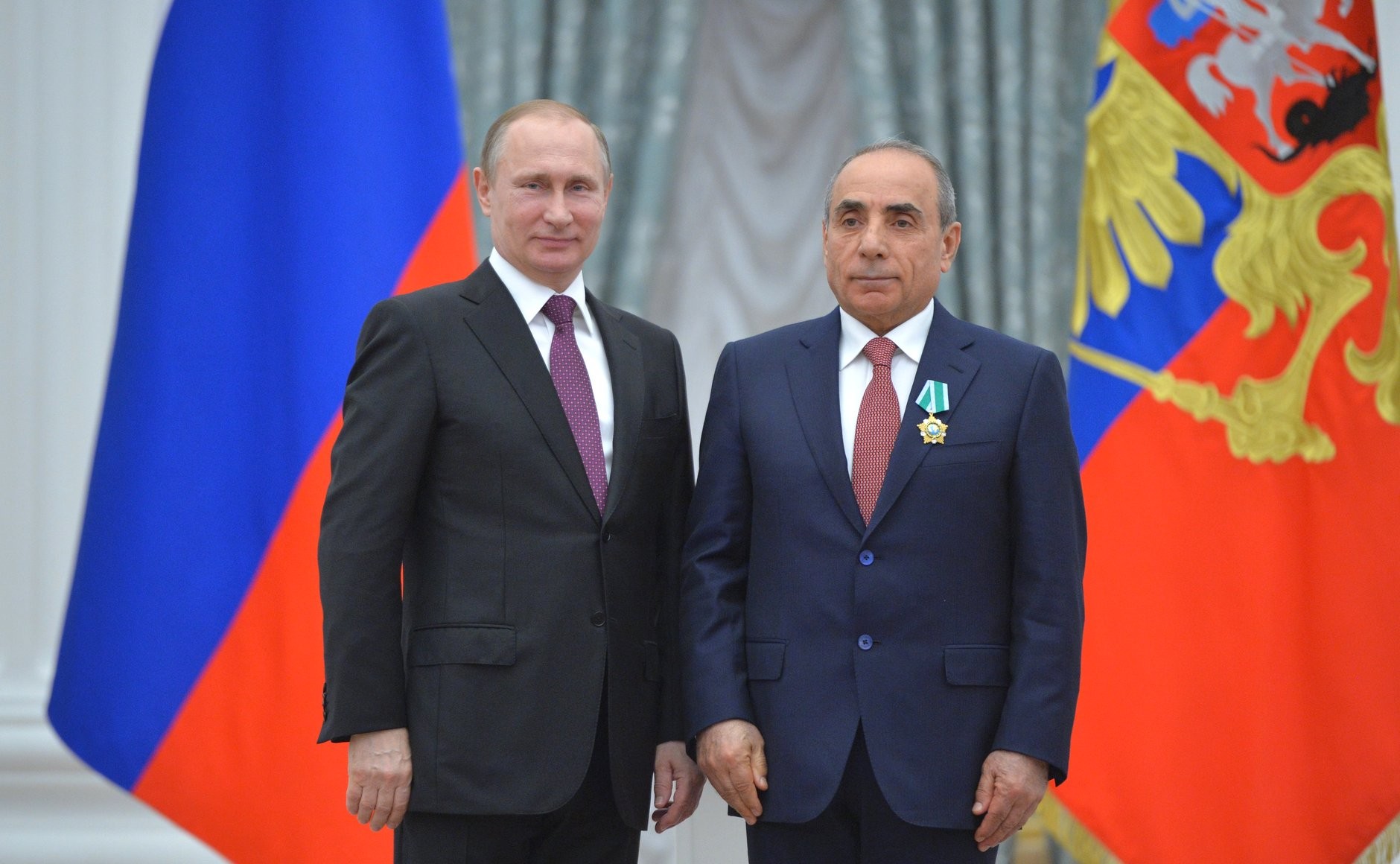 The recipients also included prominent Azerbaijanis with government positions or connections. These include the family of Yaqub Eyyubov, Azerbaijan’s first deputy prime minister, who is one of the country’s most powerful politicians. 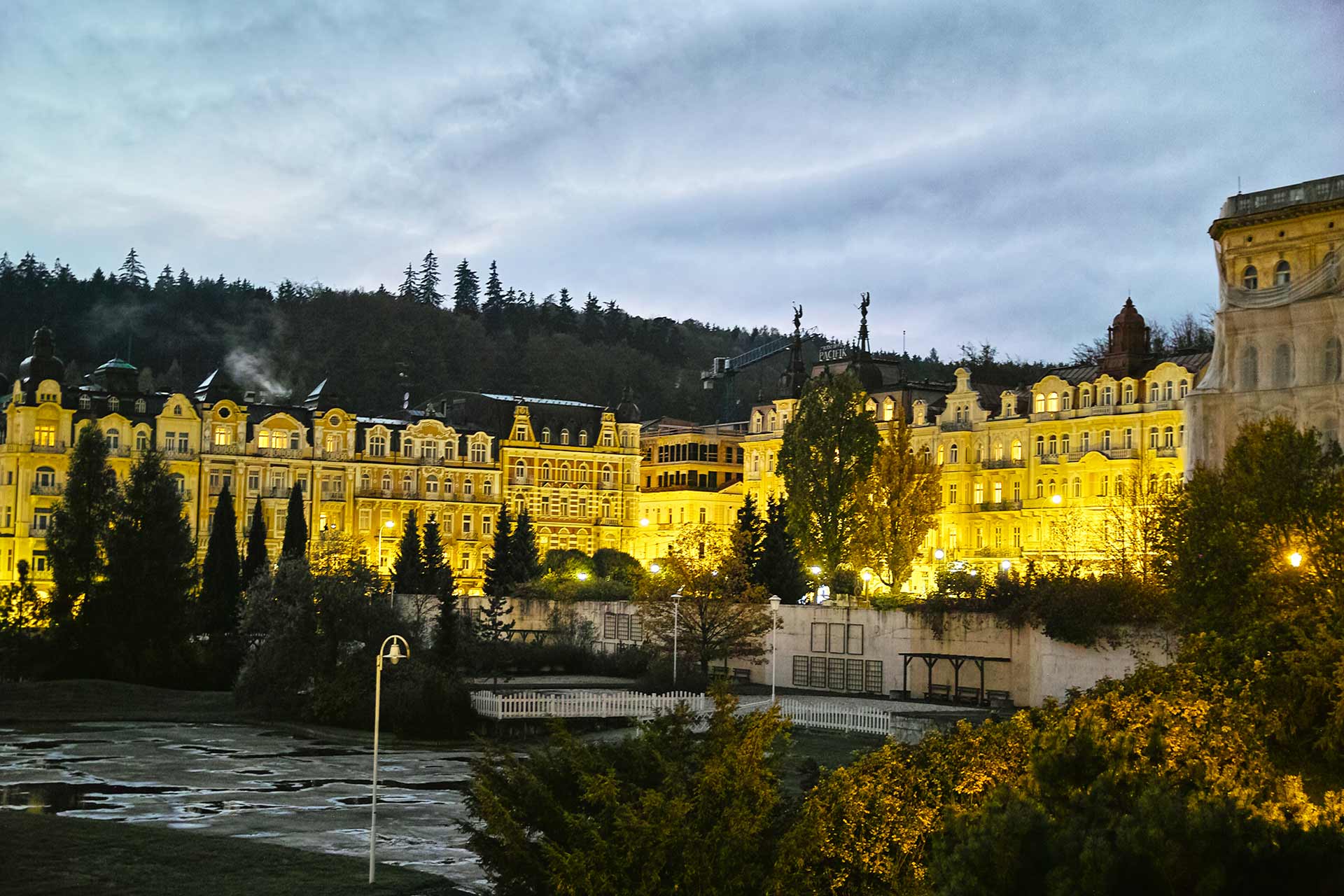 They also include Ali Nagiyev, a man responsible for battling corruption in Azerbaijan. As it turns out, he and his family were major users of the system. 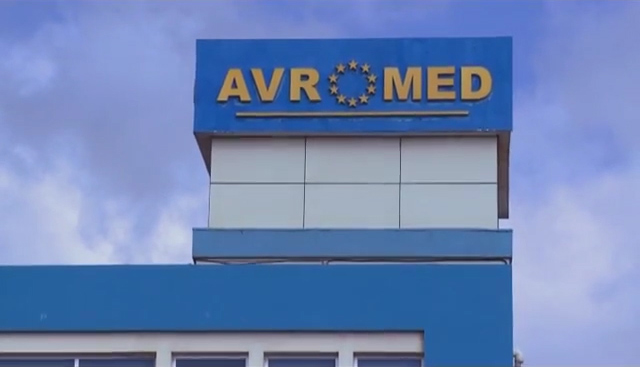 AvroMed May Have Received Millions Through Laundromat
read the story

Another $138 million likely went to AvroMed, a major drug company co-founded by Javashir Feyziyev, a member of the Azerbaijani parliament who specializes in building relationships with EU politicians. (The recipient's actual ownership is hidden, but its records match what is known about the pharmaceutical giant.)

Note: this Article was the subject of a libel claim by Javanshir Feyziyev which was settled on agreed terms. Mr Feyziyev categorically denies involvement in money laundering or any unlawful activity. (See “the Agreed Statement”) 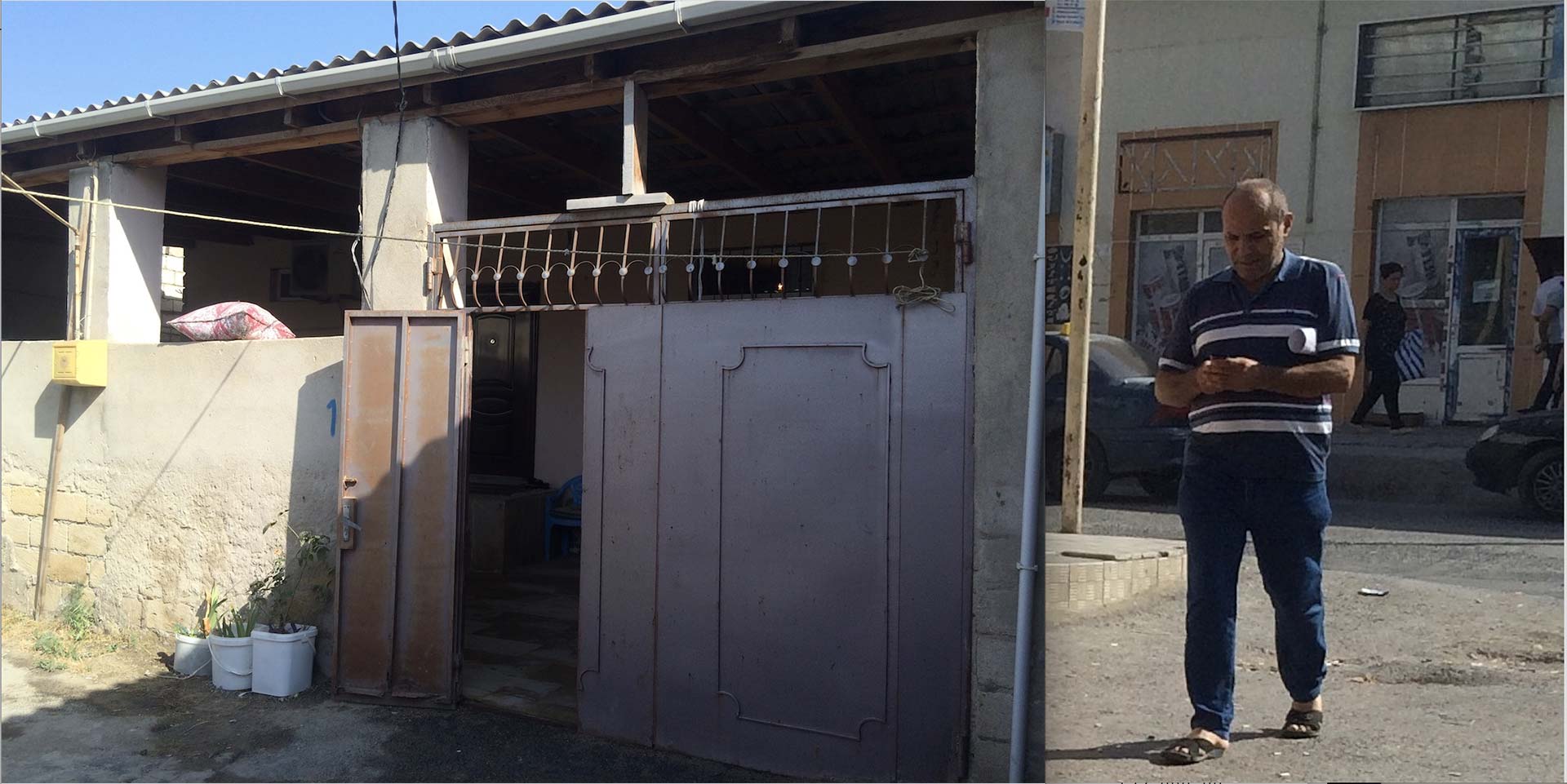 The Origin of the Money
read the story

But where did all this money come from? Its precise origin is unclear — again, hidden behind a series of secretive shell companies — but there is ample evidence of its connection to the family of President Ilham Aliyev.

Almost half of the $2.9 billion came from an account held in the International Bank of Azerbaijan (IBA) by a mysterious shell company linked to the Aliyevs. The second and third biggest contributors were two offshore companies with direct connections to a regime insider. Some of the money came directly from various government ministries. Mysteriously, another portion came from Rosoboronexport, a state-owned Russian arms exporter. It is clear that the full extent of the Azerbaijani Laundromat will be explored for years to come.

US Lobbying Firm Launders Azerbaijan’s Reputation — And Gets “Laundromat” Cash

A quarter-million dollars from the Azerbaijani Laundromat went to a US energy consultant of Azerbaijani origin who, for years, has lobbied in the interests of his native country in the halls of Congress.

A key player in the Azerbaijani Laundromat -- a slush fund and money-laundering scandal that has already led to the resignation of members of the Parliamentary Assembly of the Council of Europe -- has gained a foothold in Vienna’s “Golden Quarter.”

The word jihad, usually defined as a struggle against the enemies of Islam, took on a new meaning six years ago when Iran’s supreme leader Ayatollah Khamenei declared 2011 the “year of economic jihad.”

AvroMed May Have Received Millions Through Laundromat

The Azerbaijani Laundromat reveals payments in the same name as the largest pharmaceutical companies in the country.

Ali Nagiyev, 59, is a busy man. His job is to fight corruption in Azerbaijan, one of the most corrupt countries in the world.

Denmark enjoys a reputation for low corruption and transparency that is the envy of the world. But the country’s largest bank was a key enabler in the Azerbaijani Laundromat, a general-purpose money laundering scheme and slush fund used by the ruling elite in Baku.

The Azerbaijani Laundromat was a money-laundering scheme and slush fund used by Azerbaijani elites to disguise the origin of billions of dollars, purchase goods and services, and make secret payments to companies and individuals in the European Union.

The Origin of the Money

The US$ 2.9 billion Azerbaijani Laundromat was comprised of four bank accounts belonging to four shell companies registered in the United Kingdom, although more may have been involved.

From 2012 to 2014, even as the Azerbaijani government made wholesale arrests of activists and journalists, members of the country’s ruling elite were using a secret slush fund to pay off European politicians and other influencers who spoke favorably about the country and its oppressive regime.

What is a Laundromat?

The Azerbaijani Laundromat is the name given to a complex money-laundering operation that handled US$ 2.9 billion over a two-year period thanks to four shell companies registered in the United Kingdom.

The European Parliament called for tighter anti-corruption measures on Wednesday and for an investigation into reports that Azerbaijan paid off EU decision-makers who spoke favorably about the country’s dismal human rights record.

A group of parliamentarians in the Council of Europe is calling for an investigation into reports that Azerbaijan bribed EU officials in return for nice reports about the country’s elections and human rights record.

In cooperation with Berlingske and several international investigative media outlets, the Organized Crime and Corruption Reporting Project has uncovered and thoroughly documented a complex money laundering scheme spearheaded by the Azerbaijani elite. 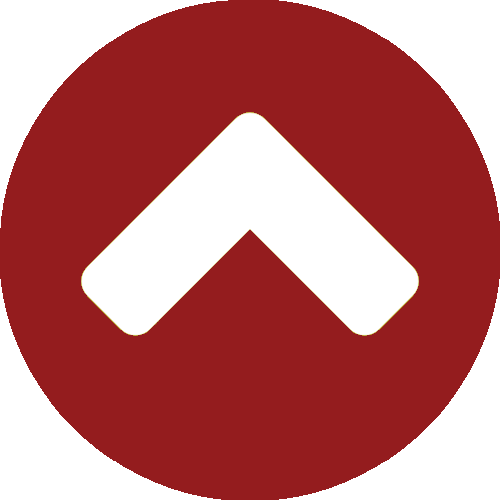